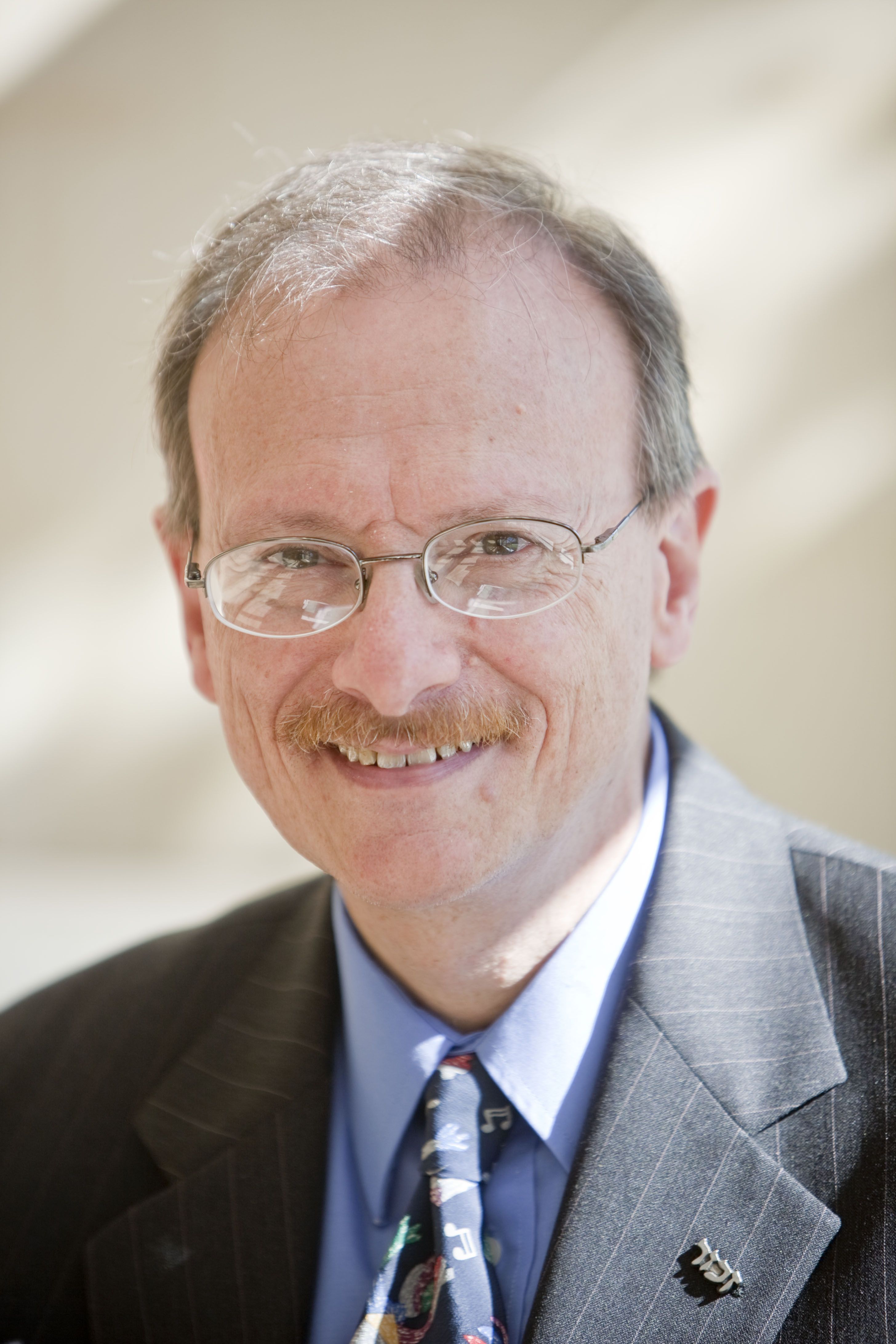 Maurice J. Elias, Ph.D., is Professor, Psychology Department, Rutgers University, and Director, Rutgers Social-Emotional and Character Development Lab (www.secdlab.org). He has received American Psychological Association awards for Distinguished Contribution to Practice, Ethnic Minority Mentoring, and National Psychological Consultants to Management, the Sanford McDonnell Award for Lifetime Achievement in Character Education, and the Joseph E. Zins Memorial Senior Scholar Award for Social-Emotional Learning from the Collaborative for Academic, Social, and Emotional Learning (CASEL).  Books include The Educator’s Guide to Emotional Intelligence and Academic Achievement: Social-Emotional Learning in the Classroom,Talking Treasure:  Stories to Help Build Emotional Intelligence and Resilience in Young Children (www.researchpress.com), Schools of Social-Emotional Competence and Character (www.nprinc.com), The Other Side of the Report Card (how schools and districts can integrate SECD systematically into their ongoing student report cards), and most recently, The Joys & Oys of Parenting:  Insights and Wisdom from the Jewish Tradition (2016, Behrman House) and Boost Emotional Intelligence in Students: 30 Flexible Research-Based Lessons to Build EQ Skills (2018, Free Spirit).

Building a Worldwide Capacity to Promote SEL: The Academy for SEL in Schools

We now know a great deal about how to effectively promote SEL.  Those who know how to do so deserve recognition, and that is what the Academy for SEL in Schools(SELinSchools.org) provides, world-wide.  The keynote draws from the latest findings from the Aspen Institute Commission on Social, Emotional, and Academic Development, defines what we now know as SEL 2.0, outlines the domains of practice that define competence both in delivering SEL instruction and in leading schools toward building-wide SEL, and describes the work of the Academy in providing certificates of practice and access to a Virtual Professional Learning Community.  A follow-up workshop will provide additional details and examples. 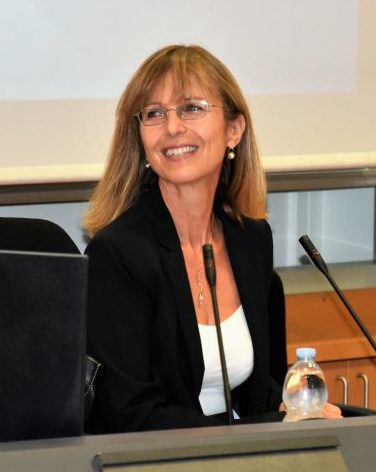 Ilaria Grazzani is Professor of Developmental and Educational Psychology at the University of Milano-Bicocca since October 2005. She obtained her PhD in Psychology in 1996. During her PhD training, she was Visiting Researcher at OISE, University of Toronto, where she worked with Professor Keith Oatley and his research team at the Centre for Applied Cognitive Science. She is currently Deputy-coordinator of the Doctoral Program in Education in Contemporary Society at the Department of Human Sciences (University of Milano-Bicocca). She heads the Department’s Committee for Monitoring Research Quality. She is also Head of the Laboratory for Developmental and Educational Psychology (https://www.labpse.it/en/). She is an Associate Editor of Frontiers in Developmental Psychology and ‘International Journal of Emotional Education’. She is a member of the European Association for Developmental Psychology (EAPD), the European Network for Studies on Emotional Competence (ENSEC), and the International Society for Research on
Emotions (ISRE).

Past research on early childhood has underscored the impact of the first years of children’s life on their social cognition and their socio-emotional competence. In this conference, I review recent research regarding interventions aimed at enhancing social cognition and socio-emotional competence in early years education. In relation to the work of my research group, I will focus on two intervention studies. In the first study, preschool children were read stories enriched with mental state language. After listening to a story, the intervention group took part in language games and conversations aimed at stimulating children’s use of mental terms. We found significant effects on children’s theory of mind and emotion understanding. In the second study, we adopted observational and experimental paradigms to examine the efficacy of an intervention carried out by trained teachers and based on conversing about emotions with small groups of toddlers. The training group significantly outperformed the control group not only in their social cognition but also in their prosocial behavior towards peers. Educational implications of these findings will be discussed, underlining the role of validated programs to promote children’s development. 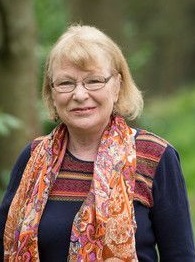 Helen Cowie is Emerita Professor at the University of Surrey in the Faculty of Health and Medical Sciences.  She is Fellow of the British Psychological Society and a Chartered Counselling Psychologist. After gaining a PhD at London University on the topic of children as creative writers, she taught and carried out research at Sheffield University, Roehampton University and the University of Surrey, specialising in the fields of cooperative group work in the classroom, the prevention of bullying and the promotion of emotional health and well-being in children and young people. For many years she has specialised in strategies to counteract school bullying.  In particular, she developed and evaluated peer support as an effective intervention that empowered children and young people.  Her training manual, Peer Support in Action, co-authored with Patti Wallace, influenced practice in the UK and in other European countries.  It was translated into Japanese following a long-standing collaboration with the Japanese Peer Support Association. In Managing School Violence, she and her co-author Dawn Jennifer designed training for a whole-school approach to reduce and prevent bullying.  New Perspectives on Bullying emphasised the importance of fostering positive relationships in the school community as a whole and provided a wealth of evidence-based good practice for professionals. With a team of European colleagues, she designed a resource on school violence www.vista-europe.org and an online training manual on cyberbullying prevention for children, parents and teachers, as well as a virtual campus on Second Life which provides resources on research and practice in the field of violence-prevention.  She was national representative on the COST Cyberbullying Project and contributed a cross-national chapter to the project book, Cyberbullying through the New Media. Most recently, she has carried out research into bullying on campus, co-authoring Bullying Among University Students which was published by Routledge in 2016.  Her book, co-edited with Carrie-Anne Myers, School Bullying and Mental Health: Risks, Intervention and Prevention, was published by Routledge in 2018 as the first in a new series entitled The Mental Health and Well-being of Children and Adolescents. Her (2012) book From Birth to Sixteen was been selected by Routledge for updating in a new edition which appeared in 2019.

New Perspectives on Peer Support: its Role in Promoting Resilience in Young People

Peer support systems have developed throughout the world and take many forms, depending on the cultural contexts in which they evolve. In educational settings, peer support is most frequently used to address relationship difficulties around conflict and violence, bullying and cyberbullying and to provide an opportunity for children and young people to play an active part in the maintenance of a positive social climate where students and teachers look out for one another and where they are sensitive to those who may be experiencing social or emotional difficulties in their everyday lives.  At a time when the mental health of youth is a prominent issue, educators are increasingly aware that they need to take much more account of the whole child in a rapidly changing world and that the active participation of children and young people in this process is crucial.  This lecture focuses on the flexibility and creativity with which the peer support movement continues to adapt to changes in the social contexts in which children and young people learn, develop and socialize, and charts the particular difficulties involved in evaluating the impact of peer support on the lives of those who participate.

The conference is supported by the Scientific Council of Eötvös Loránd University.